Following the work I did some months ago, Rob Savoye has been kind enough to update the rpm spec of Gnash to also produce rpms for the SDK and for the python bindings for embedding the player.

If you want to try it today, you can install some rpms in the Fedora 11-based Sugar on a Stick and run EatBoom, a sample activity that contains a flash game developed by Innovations for Learning. It is a simple game for practising additions that is part of their TeacherMate product. IFL has released this activity as GPL and I hope they will find value in releasing more of their work so it can be used by children in Sugar or in other platforms.

Step 2: install it to a USB stick following this instructions and boot it in your computer.

Step 3: start the terminal activity and run the commands below:

Step 4: start Browse and type the following URL: http://shell.sugarlabs.org/~tomeu/EatBoom-1.xo The EatBoom activity will be downloaded and installed. 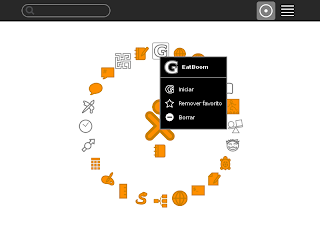 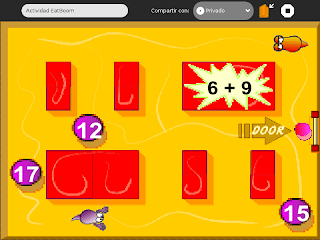 Here you have the source for the activity, which can be changed to load a different SWF movie by changing just a single line of code: http://git.sugarlabs.org/projects/eatboom
Posted by Tomeu at 3:31 PM

Neat, but why not just visit http://translate.sugarlabs.org/tomeu/EatBoom.swf and run that or save it locally to run later? What would an activity do beyond an HTML page embedding the same .swf ?

> Neat, but why not just visit http://translate.sugarlabs.org/tomeu/EatBoom.swf and run that or save it locally to run later? What would an activity do beyond an HTML page embedding the same .swf ?

Gnash allows you to easily add extensions that SWF movies can use.

So EatBoom could interact with the journal, use collaboration, etc

Ease eatboom available as an .xo? Is the gnash component built in to .85x? Could you update your wiki page on this new component? What's the current status? Is it easier to install now?

cwithers, these instructions are now obsolete, best would be to use the Gnash packages now in Fedora: